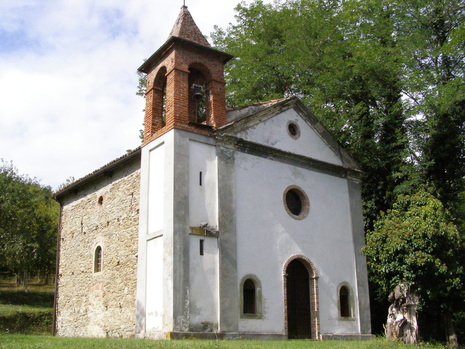 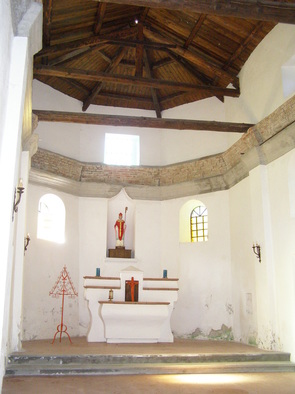 The Private Church of San Biagio

In 1992, after a painstaking restoration, the old church of San Biagio has returned to its former glory.
The church, dating back to the tenth or eleventh century, is in Romanesque style predominantly; the façade with a pediment top restored in 1927 by Antonio Gorrino has a neoclassical look.

In the area of Cremolino, belonging to the diocese of Acqui Terme, already in the Middle Ages there were four parishes: the first was in the village and was dedicated to St. Mary, while the other three, including San Biagio (St. Blaise) were outside the walls in rural areas.
​Since 1425, following the raids of the Visconti troops of Count Francesco Sforza, who had set fire to all the Monferrato, the church, experienced a period of abandonment and neglect. 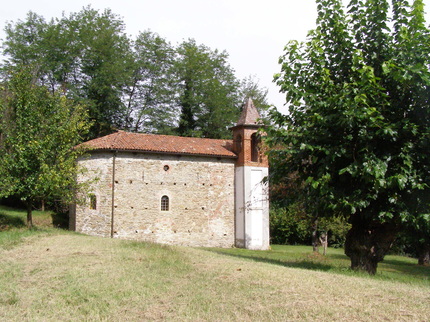 ​ Subsequently, after passing under the administration of the Carmelites, it was again restored.
In 1473, Pope Sixtus IV sent a " Bulla " to the Diocese of Acqui Terme with which he demanded that the three "rural" churches of St. Blaise, St. Agatha and Bruceta had to be "perpetually" merged to the church of St. Benedict, to which the Prior of the Carmelites was entrusted "the care of souls", as well as the management of the economical assets.
Because of this, the three rural churches, including the ancient church of San Biagio, ended to exist as independent parishes.